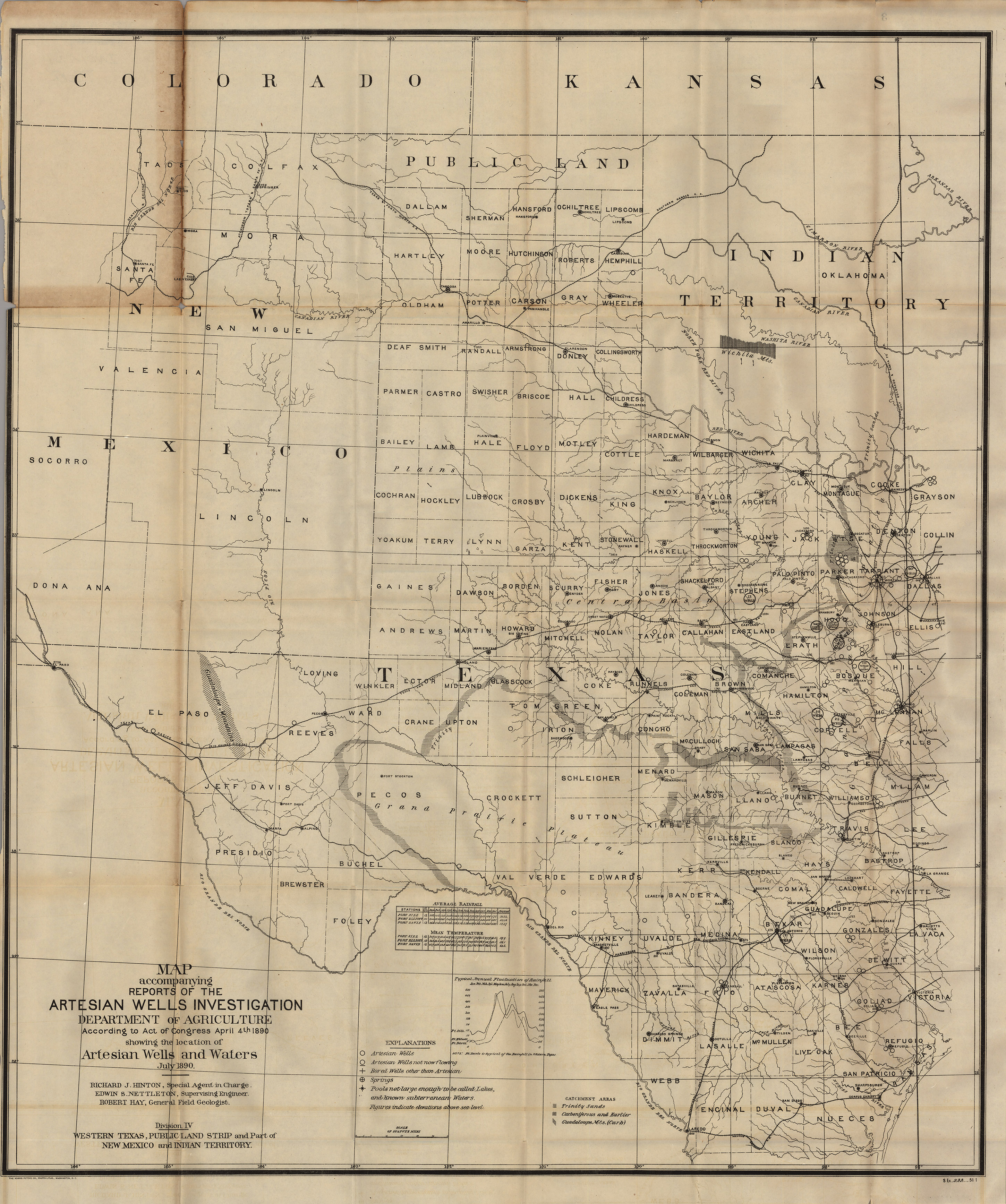 Groundwater trapped below rock strata was essential to the development of the arid regions of the American West. This government-published map was made by Richard J. Hinton, the Special Agent in charge of the Department of Agriculture.  An ardent abolitionist, Hinton had fought in the U.S. Civil War and rose the rank of Colonel in the Union Army.  A friend of Ulysses S. Grant, Hinton went on to serve as the United States commissioner of emigration in Europe in 1867; inspector of U.S. consulates in Europe; special agent to President Ulysses S. Grant to Vienna in 1873; special agent to the Departments of Treasury and State on the frontier and in Mexico in 1883; irrigation engineer to the U.S. Geological Survey from 1889-1890; and special agent in charge of the Department of Agriculture from 1890 to 1892. This map is based on many of his own personal observations and explorations in West Texas.