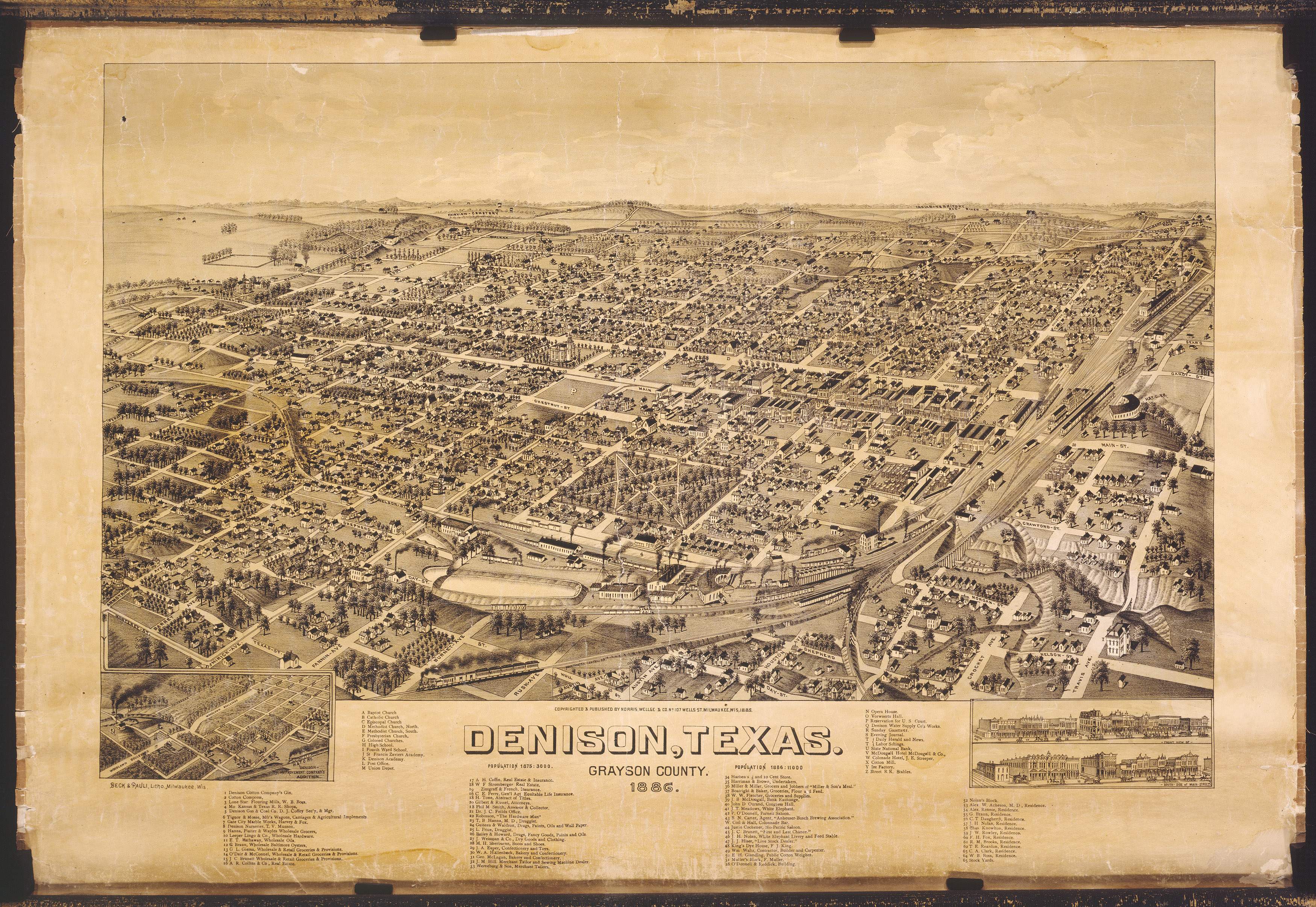 Denison became a city in 1872, after the Missouri, Kansas and Texas Railroad crossed into Texas. The company constructed a roundhouse, yard, and shops on the south side of the Red River, and named the site for George Denison, the Vice-president of the railroad company. Fourteen years later, this bird’s-eye view of the city by Henry Wellge shows how much it had grown.

Bird’s-eye-view maps were popular from the 1860s until the introduction of aerial photography around 1920.  An artist like Henry Wellge would visit a city or village and walk its streets while sketching its buildings, and then assemble it all into a drawing of the city as it might appear from the air. Thus, the term “bird’s-eye view.” Local residents expected their city or village to be presented as thriving and prosperous. Once completed by the artist, the view was printed and sold to local residents who took pride in the depiction of their home city in all its individuality. For municipalities and businesses, the views provided a popular and positive way to promote themselves.