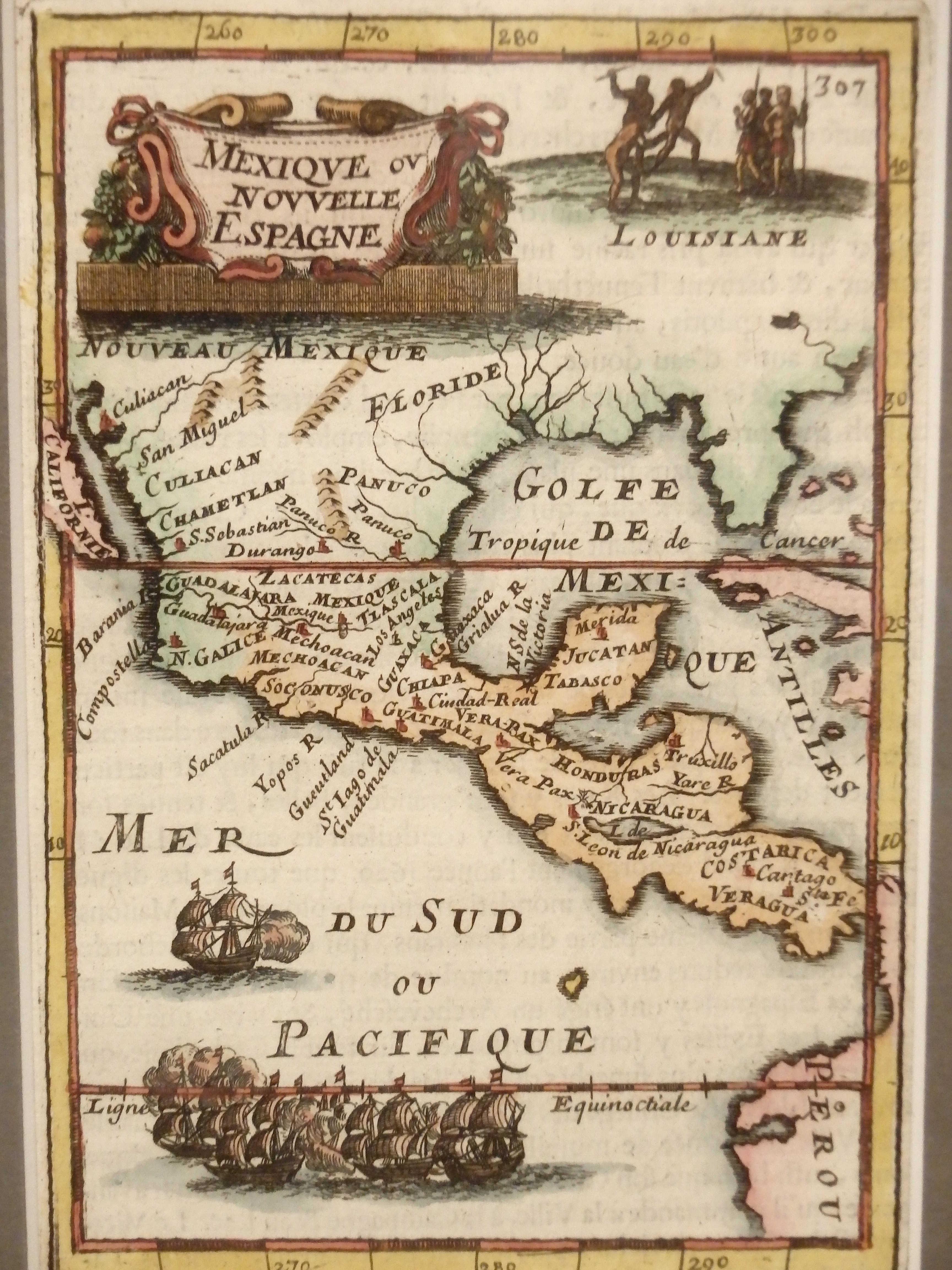 Alain Manesson Mallet 1630-1706) was a French cartographer who served as a Sergent-Major of artillery in the army of King Louis XIV, which later led to his appointment as a professor of mathematics at the court. His major publications were Description de L’Univers (1683) in 5 volumes, in which this map of New Spain was printed, and Les Travaux de Mars ou l’Art de la Guerre (1684) in 3 volumes. Mallet himself drew the illustrations which he included on many of his map.