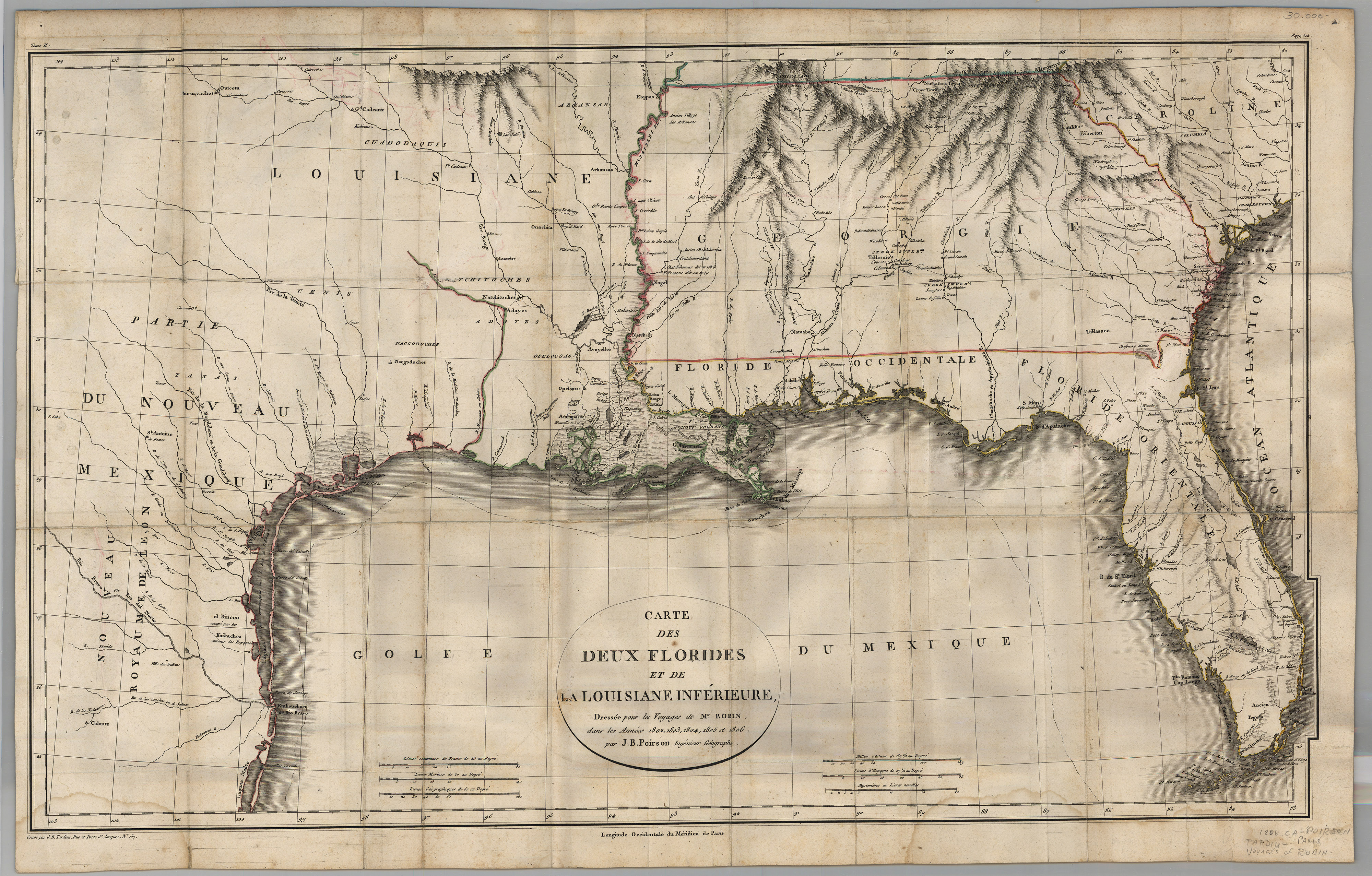 The Texas provincial cities of St. Antoine de Bexar and Nacogcoches are located on this map.  The Gulf Coast, according to French cartographer Jean Baptiste Poirson, was copied from older Spanish sources, with updates based on Jose Antonio de Evia’s Gulf Coast charts published in Madrid in 1799. This map is based on the explorations of C. C. Robin to Florida and Louisiana between 1802 and 1806, and was published in Les Voyages of Mr. Robin in Paris in 1807.