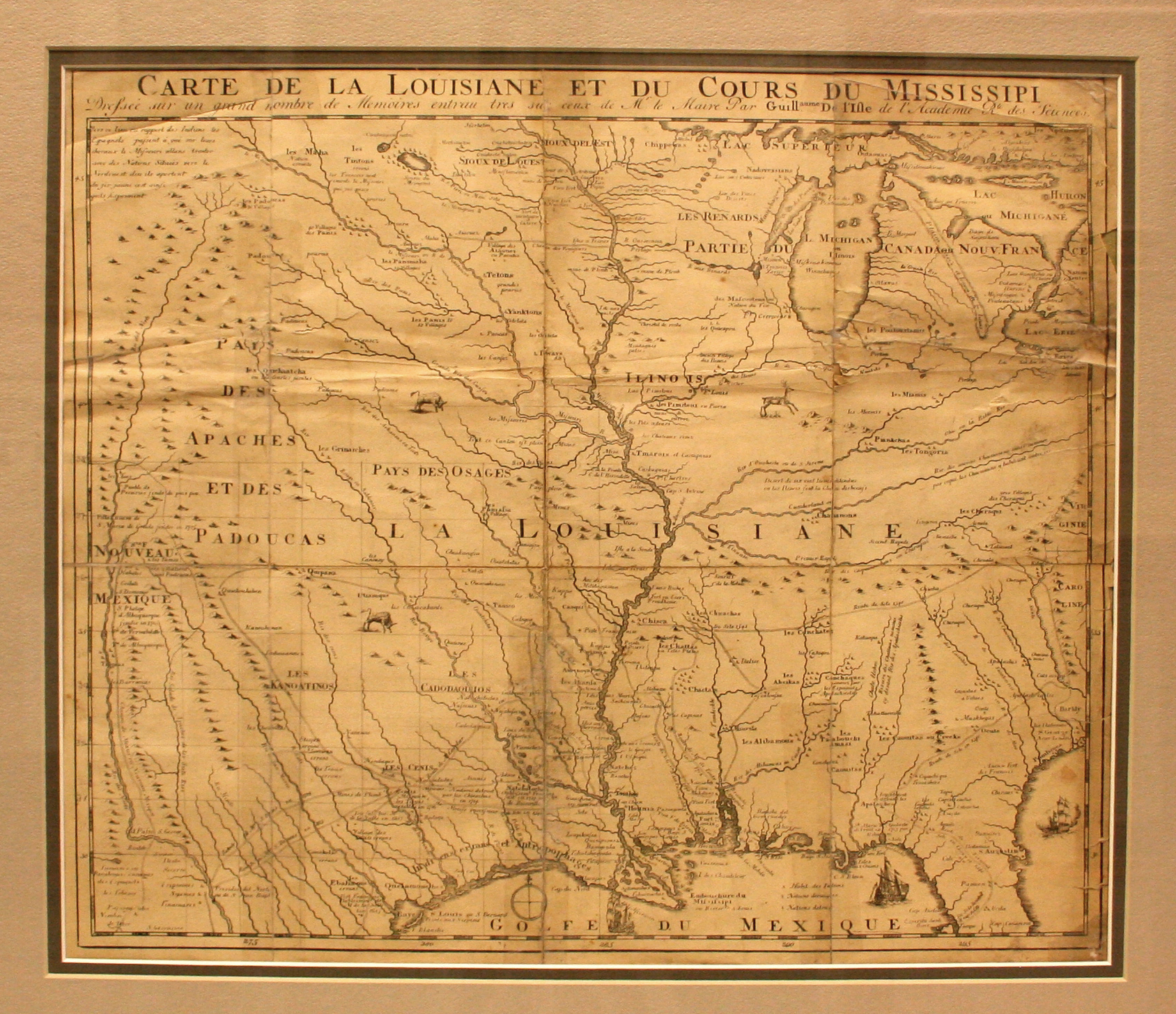 This is the first map to have a reference to TEXAS on it.  Based on Del’Isle’s 1718 map, it shows the “Mission de los Teyas” that the Spanish established among the Cenis trip of the Caddo Indians in 1716. This mission was founded in a direct response to the French presence in the region three decades earlier. The Caddo word for “friend” or “ally” was “Tejas” or “Teyas,” hence the name of the mission.

Bernard was a French bookseller and publisher who did not hesitate to print any material which might be profitable, whether he had the right to print that material or not. He directly plagiarized Del’Isle’s 1718 map and sold it as his own in 1735. Three years later, he had to flee to Amsterdam after publishing “The Religious Ceremonies and Costumes of all the People in the World,” a book by Bernard Picarts which had been banned by the Vatican.