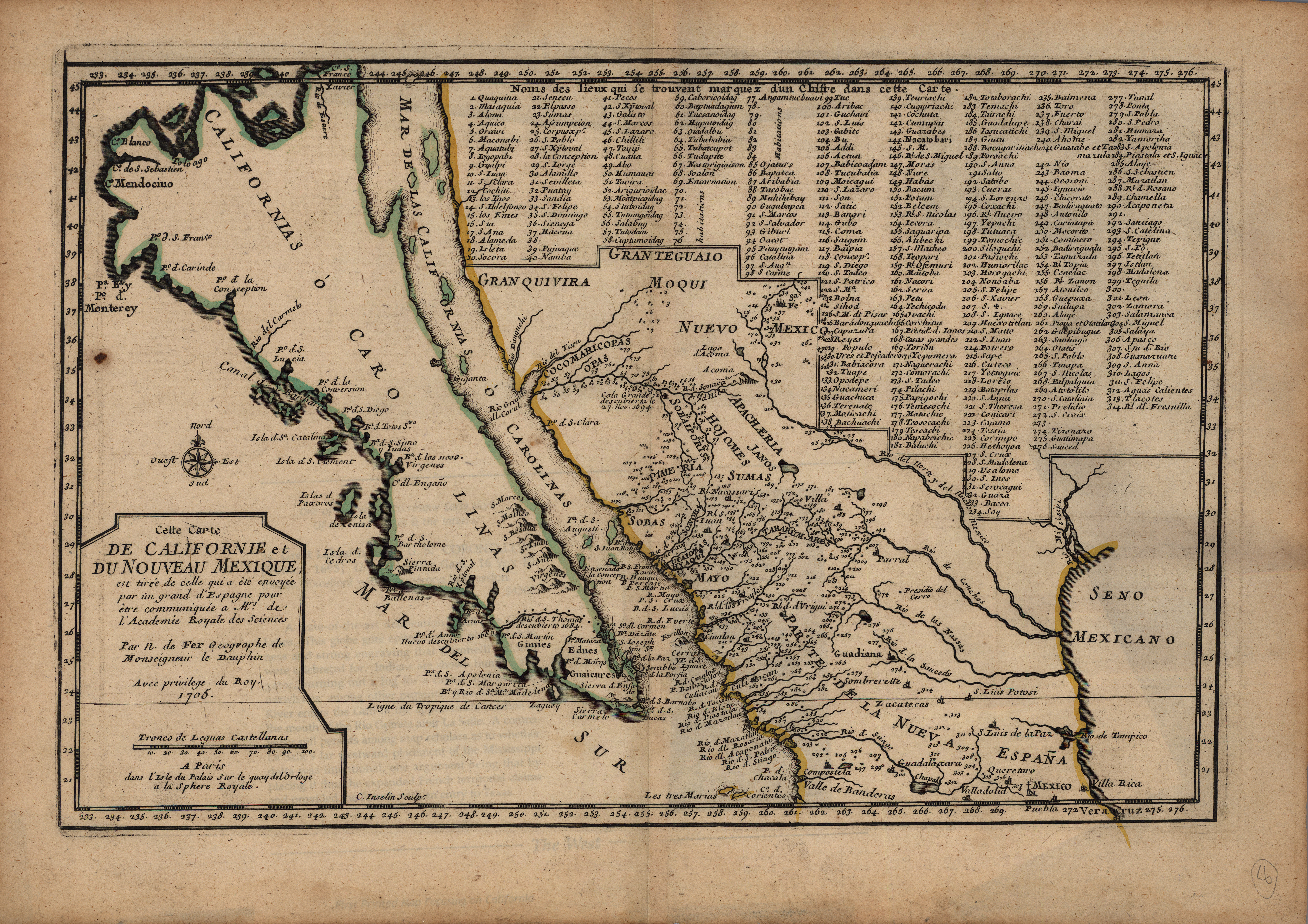 Copper engraved in Paris in 1705 and published  in De Fer’s L’Atlas Curieux, this map is based on the explorations of Jesuit missionary Father Eusebio Francisco Kino. Father Kino explored much of the Southwest in the early 1690s and sent his map to the Mexican Viceroy in 1695. Places and missions are keyed to numbers, including several that are located in the Big Bend of Texas. This is one of the earliest versions of the de Fer map; in later editions, he corrected the “island” of California  to show it was indeed part of the American mainland. Father Kino’s map will have a profound influence on other maps of the region for the next century.