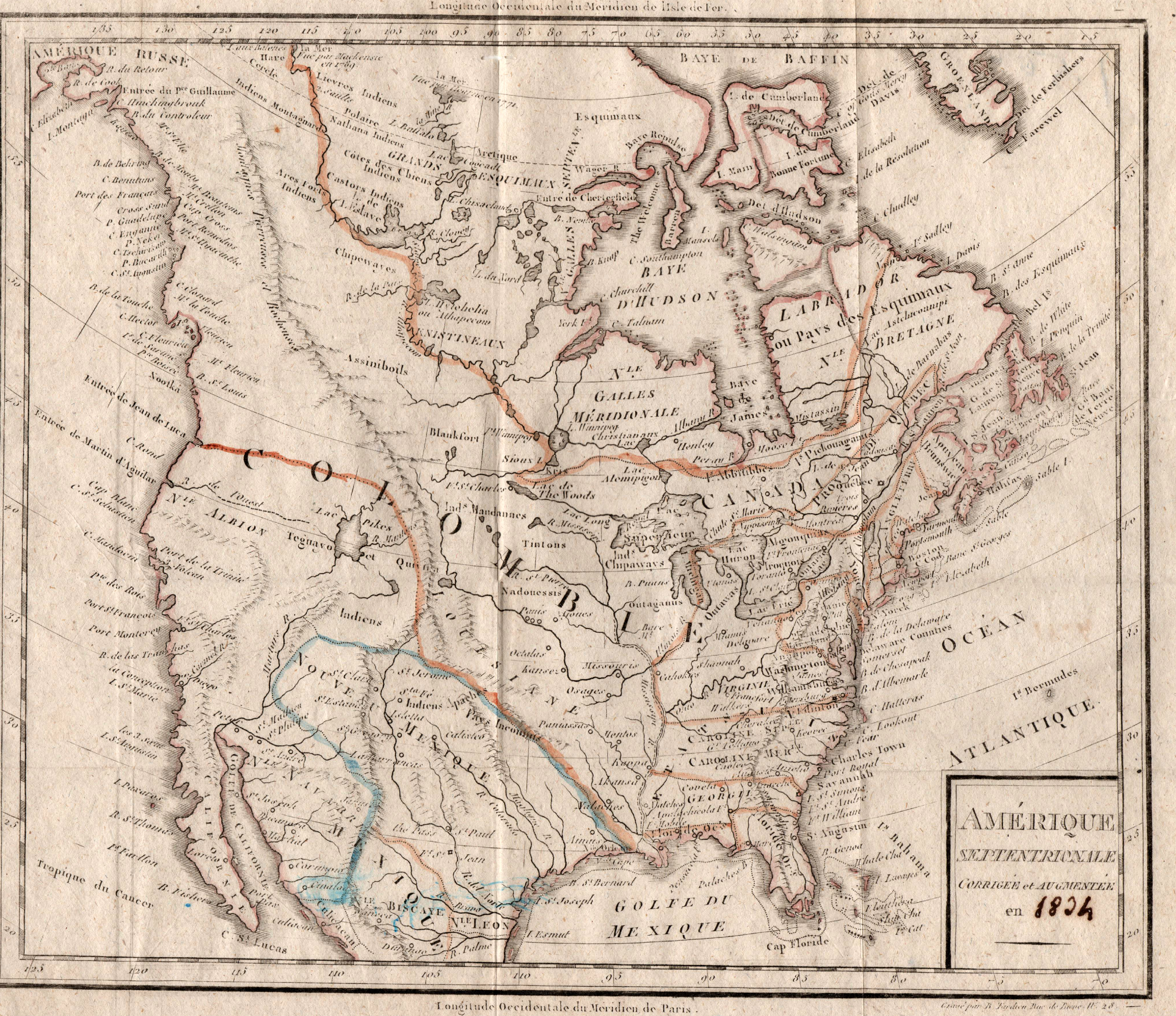 This interesting map was engraved by B. Tardieu, a member of the famous Tardieu family of French engravers, and was “updated and augmented” in 1824, based upon an earlier engraving. The title was the common French name for North America at the time, “Amerique Septentrionale,” referring to the seven (sept) stars of the Big Dipper, which can only be seen in their  entirety from the Northern Hemisphere.  Perhaps most interestingly, Tardieu has also marked North America as “Colombie,” French for “Columbia,” the poetic name of America at the time. This name would go on to lend itself, either directly or indirectly, to such geographical features as the Columbia River and the District of Columbia, and even to the song “Hail, Columbia,” which was at that time the unofficial National Anthem of the United States and which today is used as the official entrance march for the Vice President of the United States. Also, on the map, the Great Salt Lake is named “Pikes Lake,” Spanish-controlled California is listed as “New Albion,” and Russian-controlled America is noted in the Pacific Northwest.