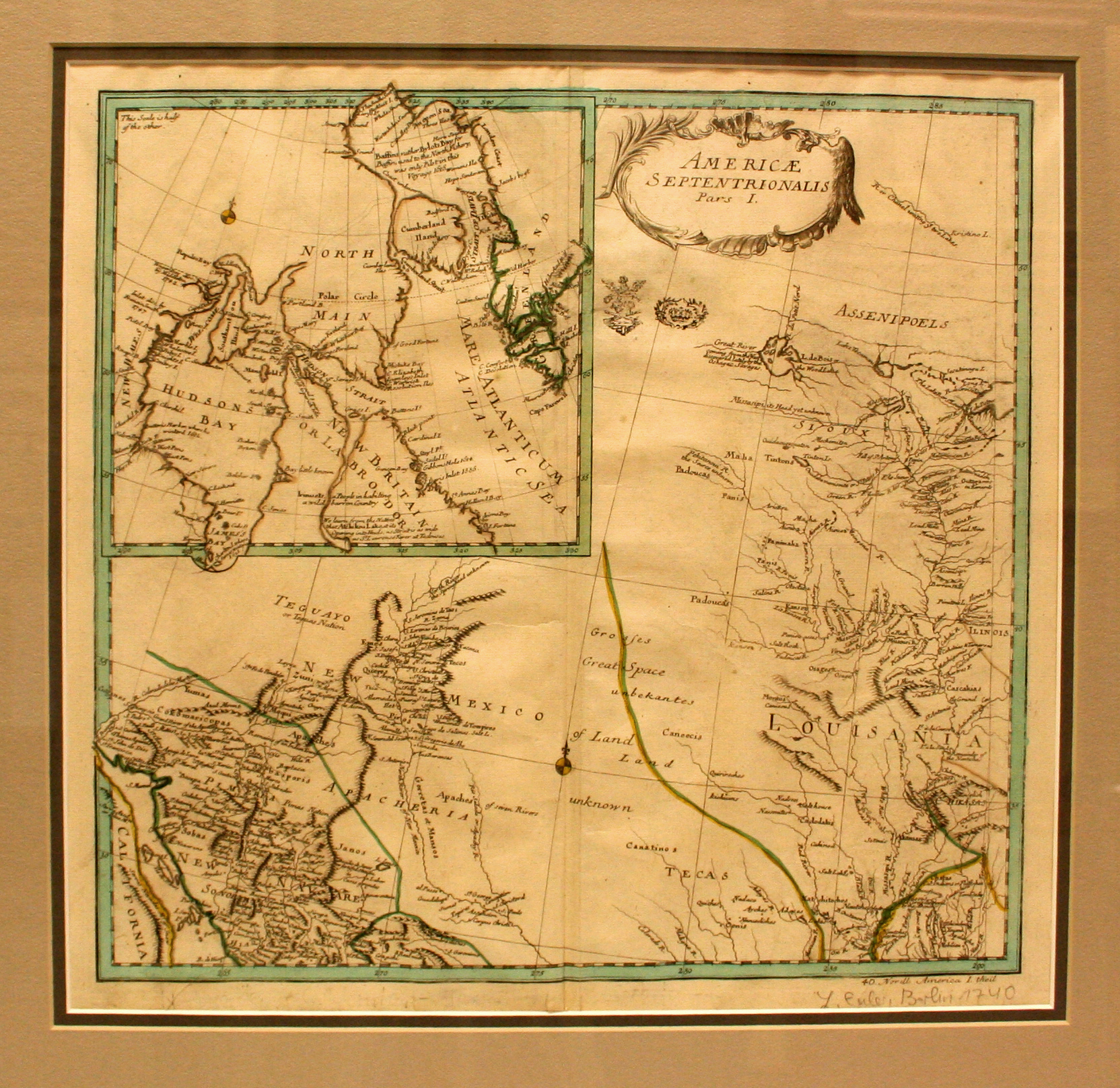 This 1753 map, by Swiss mathematician Leonhard Von Euler, is the first map to show Texas (Tecas) as a region, which he described as mostly consisting of “Great Spaces of Land Unknown.”  It was very common for maps of this period to refer to North America as America “Septentrionalis,” from the Latin term for the seven stars which make up the Big Dipper. This map is part of 4-part map of North America that Von Euler produced for the Royal Prussian Academy in Berlin.