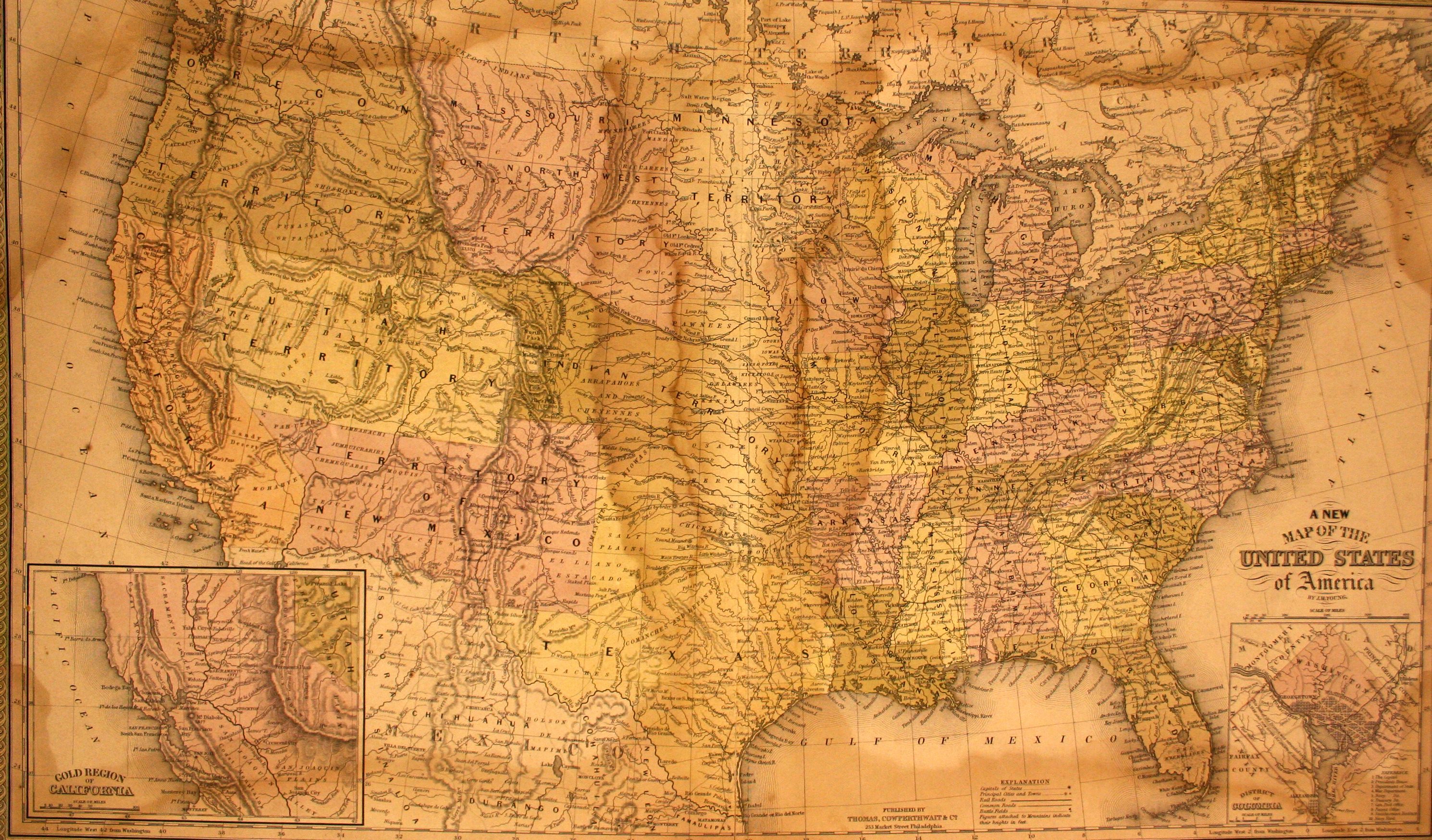 This is the first map to show Texas following the Compromise of 1850. From early on in American history, the issue of slavery had divided the nation and had resulted in numerous compromises in Congress, such as the 3/5 compromise in the Constitution and the Missouri Compromise of 1820, which outlawed the admission of any future states as slave states if they were north of the 36°30′ line.  With the annexation of Texas, the territorial expansion of the United States following the US-Mexico War, the discovery of gold in California, and California’s application for statehood, the issued of slavery once again came to the forefront of American politics. Under the very complicated Compromise of 1850, which admitted California to the United States as a free state, the territories of New Mexico and Utah were organized as “popular sovereignty” regions, the slave trade was abolished in D.C., the Fugitive Slave Act was implemented, and the borders of Texas were re-drawn. In exchange for giving up land to New Mexico Territory and for relinquishing all land north of  the 36°30′ latitude, Texas had all the debts they had incurred as a republic paid off by the U.S. government.